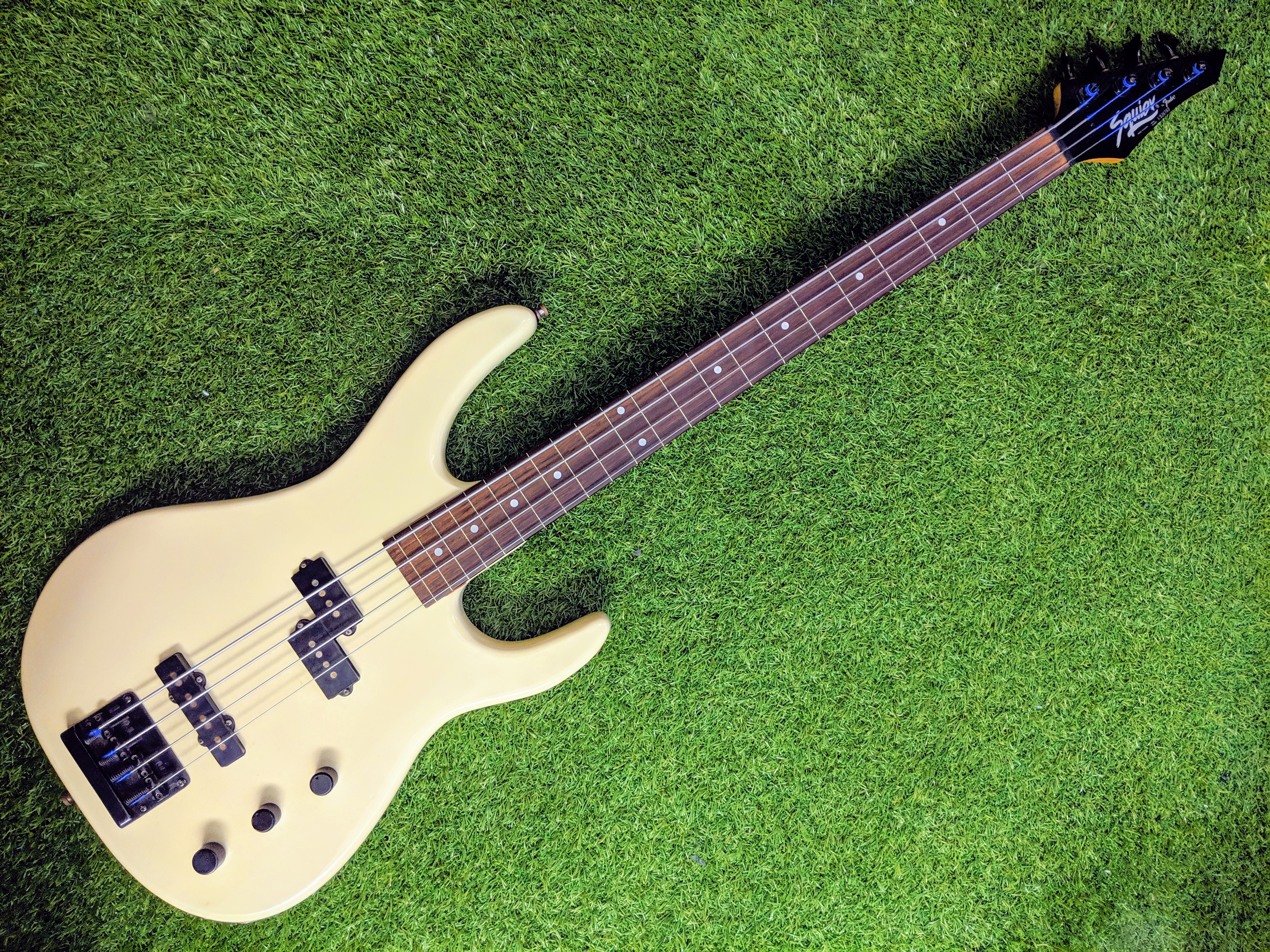 A couple of months back, I tried playing a fretless bass, and really wanted one of my own. After hunting around on Reverb for a bit, I found this gem.

In the late 80’s, Fender moved the production of its Squier line from Japan to Korea (I wrote about my Japanese-made Squier here). Together with this move, they also started producing a line of “HM” guitars and basses, meant to capitalize on the popularity of heavy metal at the time (hence, “HM”). The line lasted several years and production ended in the early 90’s.

This bass guitar is an example of one of the basses produced during this time. It has a precision bass-style split-coil pickup in the middle, as well as a jazz bass-style pickup nearer to the bridge. The previous owner added locking strap buttons (that I don’t use and will replace at some point) and lost the original knobs (the ones in the picture are replacements).

However, the biggest, most obvious modification to this guitar is that it’s fretless! The work looks really well done – the fret slots look well filled in, and the fretboard is smooth and level. However, I do find the decision to modify this particular bass an interesting one, from a purely cost perspective: The cost of removing the frets professionally probably cost half the value of the bass itself. To me, that’s a sign that the previous owner cared about the instrument, which is why I bought it.