I wrote this song about overcoming the uncertainty and nostalgia that comes with being itinerant. In case you were curious as to what the phoenix guitar sounds like, I play it at the end.

This is a song I’ve been wanting to write for a while now. I titled it “A Weird Time to Waltz” because of the 7/4 (7 beats to a bar) sections in the song, and I wrote the 7/4 sections of the song because I like having headaches while thinking of how lyrics should scan over weird time signatures.  My approach to writing the music to this was to uh… “chuck more and more notes at the chords as the song progresses”. Eat your heart out, Mozart. 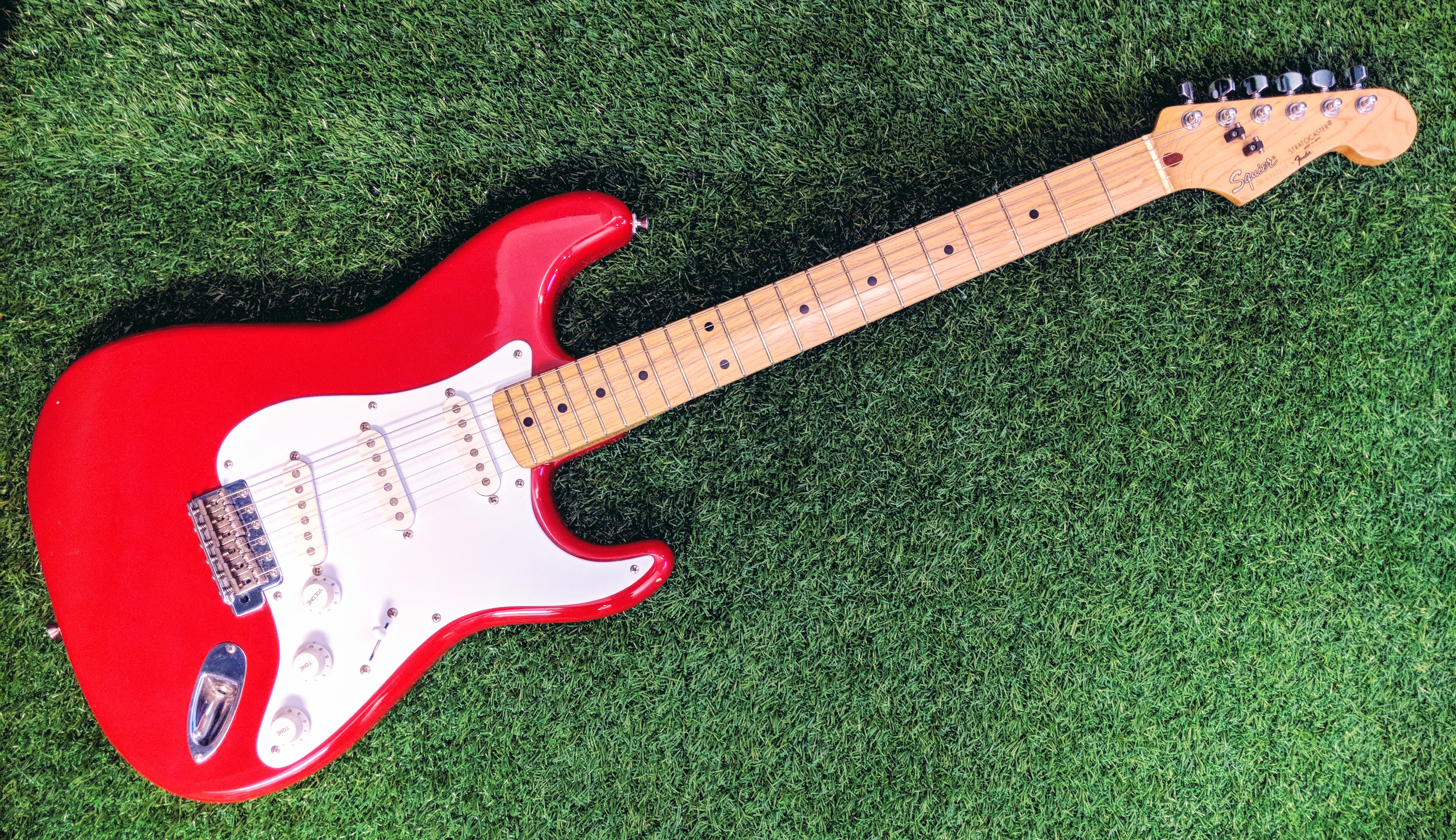 The electric guitar was invented in 1931 by George Beauchamp. Since then, thousands of iterations have appeared, with my favorite being the rocket-shaped Stratocaster. Produced by Fender since 1954, the Stratocaster has an illustrious history: Listen to guitar nerds talk about them long enough, and they’ll start to sound like they’re discussing wine – Stratocasters produced in 1957 and 1962, for example, are believed to be of an especially good vintage, and in 2018, can fetch anywhere between $20,000 to $30,000. In the intervening years, the Stratocaster was used by greats such as Eric Clapton, Stevie Ray Vaughn, and the legendary Jimi Hendrix, among countless others.

In the late 70’s, many Japanese guitar makers started making knock-offs of popular guitar shapes, including the Stratocaster. These were infamously known as “lawsuit guitars”, because of the resulting lawsuits from manufactures like Fender. Ironically, these Japanese counterfeits were often as well made as their U.S. counterparts or better, partly because Fender was struggling financially at the time and were engaging in highly unpopular cost-cutting measures such as removing the Stratocaster’s iconic jack plate.

To fend off these copycats, Fender revived the Squier brand (originally a maker of guitar strings), and started producing their own guitars in Japan. In the first few years of production, the guitars were essentially clones of American Stratocasters – to the point where it was rumored that the factories actually shared a common inventory of parts. Although these guitars were originally sold at a lower price point than their Fender counterparts, today, a Japanese Squier with a “JV” or “SQ” serial number (from the first few years of of production, up to 1984), can sell for about $1,000 to $1,500; about the same price as a new American model in 2018.

Subsequent generations of Japanese Squiers, however, would slowly start to fall victim to cost cutting as well.

The guitar pictured was manufactured in 1987 at the legendary FujiGen Gakki, and has an “E” serial number. It has pickups with ceramic magnets in them, which are cheaper than the traditional AlNiCo (aluminum, nickel, cobalt) alloy. It uses lower quality electronics, such as a plastic printed circuit board switch rather than a metal mechanical one. It also features various anachronisms, with parts mixed-and-matched from various time periods in the Stratocasters history.  For example, the white plastic pickguard is single-ply, and has 8-holes, which was standard in the 50s and early 60s. However, the tuners and string trees on the guitar are contemporary to the 80s. Most likely, they were working with whatever they had in inventory at the time.

Despite these oddities, I bought this guitar because it had soul.

Let me explain: Since the advent of C&C technology, every large guitar maker has been able to churn out a consistent stream of guitars largely because of automation. A machine cuts out the shape of the body and routes all the chambering, with no humans involved to mess things up. But there are things that humans still need to apply the finishing touches on, even today, and where humans do mess things up is in the details. As the guitar is assembled, people are still needed to dress the metal frets, solder all the electronics, tidy up the wiring, and ensure that everything has been adjusted correctly so the guitar feels playable.

It’s in these human elements that this 30-year-old guitar feel alive. The parts of the guitar that someone had to work are impeccable: The fretwork is immaculate, the fingerboard has had its edges smoothed off by hand (something that’s advertised as a “feature” in expensive guitars today), and the wiring of the cheaper electronic components is pristine.

To me, this guitar represents a story – in some ways, the end of an era: it would be a few years after this guitar was built that Fender would start to find even cheaper sources of labor in Korea, then Southeast Asia and China. But with this guitar, it’s clear that someone cared about their job, and didn’t feel like they were building an “inferior” guitar.