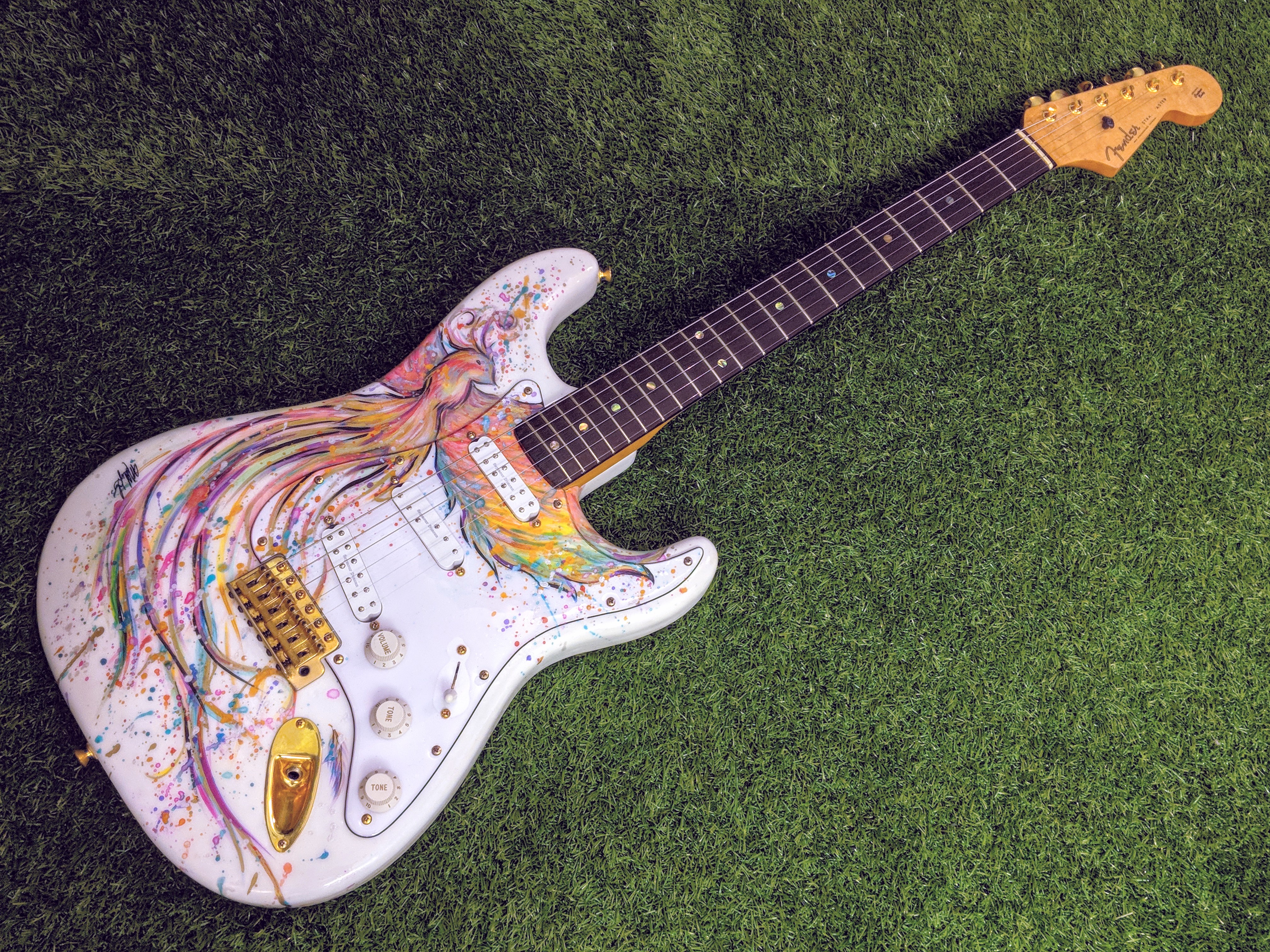 Of all the mythical creatures I don’t believe in, the phoenix is my favorite. Throughout my life, I’ve learned and grown the most following abject failure (usually after I’d said to myself “I got this, 100%”), and so the mythology of a creature that is reborn and rises from the ashes is one that really speaks to me.

In the case of this guitar, the “rebirth” analogy applies, too.

It started out life as a late 90s Fender Deluxe Super Strat, which was made in Mexico for around either years, until around 2004, before being replaced by another model, the Deluxe Players Strat. As far I as I know, the two are very similar, with the main differences being the pickups and neck radius (the latter having noiseless pickups and a flatter neck). Here’s a photo of what it looked like originally: Anyway, back to the rebirth analogy: After some back and forth on Craigslist, I met the owner at a small coffee shop in the Lower Haight, and I found that it was her ex-boyfriend’s, and that he had left it as a “gift” when they broke up (which I assumed to mean he was simply too lazy to take it with him). I ended up buying it for a steal, but needless to say, I had a strong desire to wash the instrument of its sordid history.

So, I commissioned my friend Molly Michelle Smith to paint the beautiful phoenix motif that stretches across the entire guitar: The design covers the back too: I think it looks great.